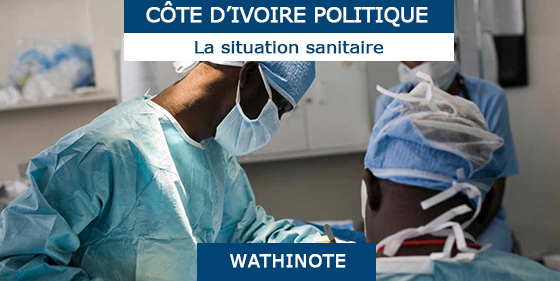 Côte d’Ivoire is located in West Africa, encompassing an area of 322,462 km2 . It borders Mali and Burkina Faso to the north, the Gulf of Guinea to the south, Ghana to the east, and Liberia and Guinea to the west. The political capital is Yamoussoukro, situated 248 km north of the economic capital of Abidjan. According to the 2014 General Population and Housing Census, Côte d’Ivoire’s population was 22,671,331 in 2014, and is estimated at 26,232,692 in 2018, with 51.2percent located in urban areas and 48.8percent situated in rural areas. The population density is 74 habitants/ km2 .

Forty-three percent of the total population is less than 15 years of age, and 49percent of the population is female. Women of childbearing age represent 24percent of the population, while children under 5 years of age comprise 16percent. The annual population growth rate is estimated at 2.6percent. Malaria is endemic throughout Côte d’Ivoire the whole year, with peaks during the rainy season. The rains occur in line with a sub-equatorial climate between May and July for the main season and between October and November for the secondary season, and with a tropical climate from March through May.

The coastal and central region has:

● a long dry season from December to May

● a short dry season from July to October

● a long rainy season from May to July and

● a short rainy season from October to November.

The health system in Côte d’Ivoire comprises an administrative element and a care element, which are interdependent. Each has three levels, which play specific roles in malaria control. The central level, which is overseen by the Minister of Health, comprises the Cabinet, 2 General Directorates, 9 Central Directorates, 14 National Public Health Institutes and 24 Coordination Departments for the national health programs, including the NMCP. This level is responsible for defining health policy, general coordination of the healthcare system, resource mobilization, monitoring and evaluation and operational research.

In terms of care services, the central level is made up of four University Hospitals, five specialized institutions, five National Public Institutes, and the Medical Emergency Hospital. These care services provide not only treatment for severe malaria cases but also IPTp, routine distribution of ITNs, and conduct malaria-related operational research. The intermediate level represents 20 regional health departments, each of which covers several health districts, which oversee all private, public and community-level health services within their respective health region.

It comprises 18 regional hospitals, 81 general hospitals, and 2 specialized hospitals, which also provide treatment for both uncomplicated and severe malaria cases, IPTp, and routine distribution of ITNs. Amongst its responsibilities are coordination of the implementation of the national health policy and monitoring and evaluation of health activities, including malaria control interventions. The regional level hospitals serve as the first referral site for medical services that are unavailable at district level hospitals.

This FY 2018/2019 Malaria Operational Plan presents a detailed implementation plan for Côte d’Ivoire, based on the strategies of PMI and the National Malaria Control Program (NMCP) strategy. 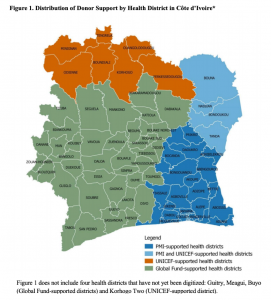 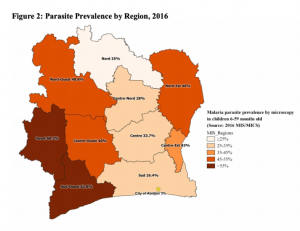 In the light of the aforementioned priorities, the NMSP 2016-2020 introduces a number of new key interventions: Vector Control: • Extension of routine distribution of ITNs to children from 1 year to 5 years of age

• Extension of mass distribution for a period of one month following the end of the net distribution campaign in order to catch up with the population absent during the campaign Malaria in Pregnancy:

• Use of SMS to improve IPTp coverage • Involvement of community health workers in provision of IPTp services to pregnant women who have missed ANC clinics 15 Case Management:

The National Malaria Control Program (NMCP) prioritizes efforts to coordinate all partners active in malaria control. Key donor and technical partners supporting the NMCP include the Global Fund, the WHO, and the United Nations Children’s Fund (UNICEF). 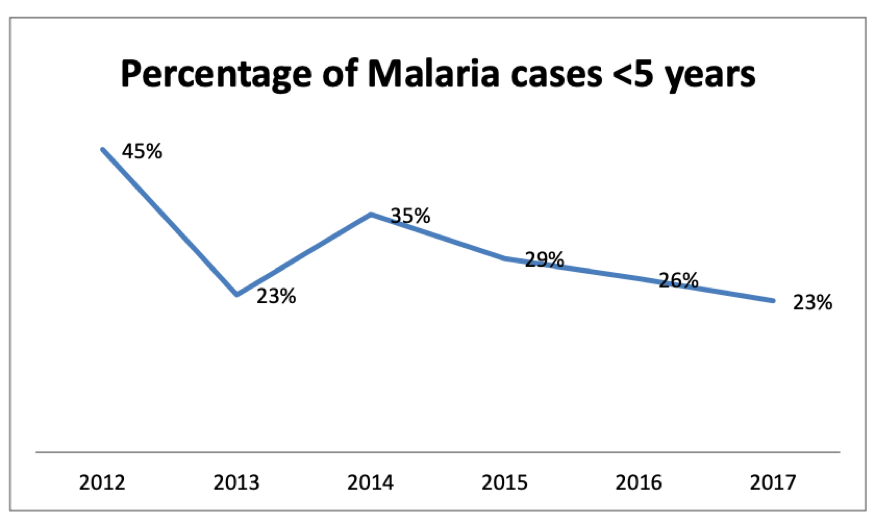 Under the PMI Strategy for 2015-2020, the U.S. Government’s goal is to work with PMI-supported countries and partners to further reduce malaria deaths and substantially decrease malaria morbidity, towards the long-term goal of elimination. Building upon the progress to date in PMI-supported countries, PMI will work with NMCPs and partners to accomplish the following three objectives by 2020: