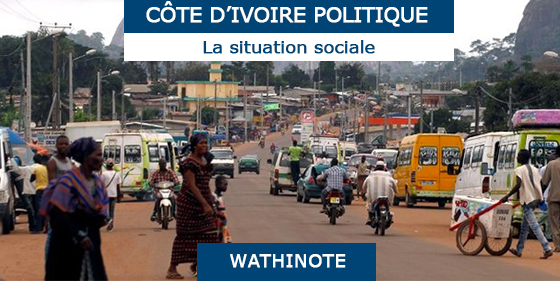 These different roles and functions allowed me to be actively engaged as well as a privileged witness to the work of the United Nations in Côte d’Ivoire. The UN played an essential role in ending the crisis and consolidating peace.

Critical areas included social cohesion and national reconciliation, the fight against gender-based violence, the rule of law, human rights and transitional justice, and community security. Due to its economic importance, Côte d’Ivoire remains a major player in the sub-region, as evidenced by the share of its GDP to the UEMOA and the logistics hub that is the harbor of Abidjan.

Continued support from the United Nations and other development partners in this area remains critical, especially in the run-up to the presidential elections of 2020. But we know that all Ivorians understand the high stakes involved in maintaining peace and stability.

Without regional security cooperation, including the pooling of military and civilian intelligence, it will be challenging to effectively address with these crises.

The preponderant role of money in political processes has the potential to undermine the deepening of the ongoing democratization process in Africa. The negative impact of climate change on the sustainable livelihoods of communities is also important, as evidenced by the drying up of Lake Chad, whose area has decreased from 25,000 km2 to about 3,000 km2 at present.

The low level of human development particularly affects young people. In the G5 Sahel countries alone, about 1.7 million young people enter the labor market each year, and less than 10% of them find employment in the formal sector because of limited employment opportunities […].

Countries are thus stuck in a vicious circle, with governance problems that hinder development, which in turn limits opportunities, increases frustration, disrupts social cohesion, and therefore provides a fertile ground for insecurity. In order to prevent current threats to state authority, the current dynamic must be urgently reversed, especially since most of these countries have natural resources that can support inclusive and sustainable development. I believe that this requires a long-term vision and a structural transformation strategy supported by industrialization and well-chosen economic diversification.

We would certainly have experienced more conflicts around the world had it not been for the key role played by the UN and the Security Council. I think it is important to prioritize the development of human capital in Africa. We must also give priority to collective leadership, as Asian people have done so well.