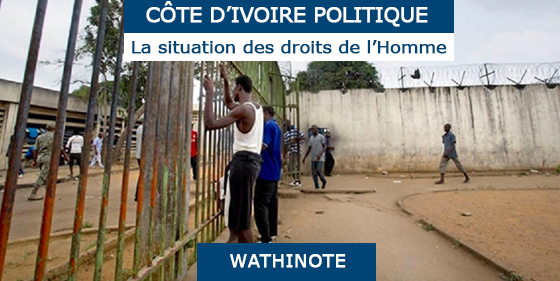 Respect for the integrity of the person

Military police and the military tribunal are responsible for investigating and prosecuting alleged abuses, including killings, perpetrated by members of the security services. There was at least one report that the government or its agents committed potentially arbitrary or unlawful killings.

In contrast with 2020, there were no reports of disappearances carried out by or on behalf of government authorities. Human rights organizations reported that detainees and prisoners were subject to violence and abuse, including beatings and extortion, by members of the security forces and prison officials and that the perpetrators of these acts went unpunished. Impunity was a problem in the security forces. Military police and the military tribunal investigated and prosecuted abuses.

Prison conditions were harsh and unhealthy due to gross overcrowding, inadequate sanitary conditions, insufficient and low-quality food, understaffing, and lack of proper medical care. Human rights organizations received reports of prisoner deaths due to malnutrition. The government reported that, as of mid-August, 156 prisoners had died in prison.

The constitution and law prohibit arbitrary arrest and detention, but both reportedly occurred. Human rights organizations reported that authorities arbitrarily detained persons, often without charge. Although detainees have the right to challenge in court the lawfulness of their detention, most detainees were unaware of this right. Public defenders were often overwhelmed by their workloads.

The government denied there were political prisoners, although it arrested multiple members of opposition parties at the end of 2019 and during 2020 on various criminal charges. Many of these persons were either released or prosecuted during the year. Citizens may bring lawsuits seeking damages for, or cessation of, a human rights abuse, but they did so infrequently.

The law prohibits incitement to violence, ethnic hatred, and rebellion, as well as insulting the head of state or other senior members of the government. Sometimes the government took steps to remove such content from social media. Other times the application of this law raised questions of political influence.

Prison conditions were harsh and unhealthy due to gross overcrowding, inadequate sanitary conditions, insufficient and low-quality food, understaffing, and lack of proper medical care. Human rights organizations received reports of prisoner deaths due to malnutrition. The government reported that, as of mid-August, 156 prisoners had died in prison

The independent media were active and expressed a wide variety of views. The law, however, provides for substantial fines for anyone found guilty of committing offenses by means of press or by other means of publication. Virtually all press outlets were government-affiliated or were owned by politicians or other wealthy individuals. Government-affiliated media frequently reflected the political views of the government.

Journalists were sometimes subjected to violence, harassment, or intimidation by authorities due to their reporting. Both independent journalists and journalists affiliated with the state-owned media stated they regularly exercised self-censorship to avoid sanctions or reprisals from government officials.

Freedom to participate in the political process

The period before the 2020 legislative elections was marked by generally peaceful campaigning with both ruling party and opposition leaders enthusiastically calling on their supporters to vote. Civil society organizations and media noted sporadic minor incidents during the campaign, including vandalism of candidate campaign posters and the alleged assault of an opposition candidate by ruling party supporters. International and local observers considered the elections generally free, fair, and transparent.

The country held a presidential election in October 2020. In contrast to the March legislative elections, the period before the presidential election was marked by intense political maneuvering by the regime and opposition, acrimonious and divisive rhetoric, protests, and largely civilian-on-civilian violence.

In addition to violent clashes between civilians, many criminal acts occurred during the campaign. Scattered, disruptive, and occasionally deadly unrest continued on election day in several locations in the central and southern parts of the country. Reported incidents included theft and destruction of electoral materials, civilian-on-civilian clashes, ransacked polling stations, and roadblocks around polling stations, which suppressed voter participation.

Family members and community leaders often informally mediated rape accusations without victim input and dissuaded victims from reporting to police to avoid bringing shame or other negative consequences to the family.

The most recent 2016 Multiple Indicator Cluster Survey indicated that the rate of Female Genital Mutilation/Cutting (FGM/C) nationwide was 37 percent, with prevalence varying by region.

The country has more than 60 ethnic groups; human rights organizations reported ethnic discrimination was a problem. Authorities considered approximately 25 percent of the population foreign, although many within this category were second or third generation residents. During the 2020 presidential election period, numerous interethnic clashes occurred, resulting in at least 25 deaths.

Authorities were at times slow and ineffective in their response to societal violence targeting the lesbian, gay, bisexual, transgender, queer, and intersex (LGBTQI+) community. Further, LGBTQI+ persons often did not report violence committed or threatened against them, including assault or homicide, because they did not believe authorities would take their complaints seriously.

In contrast to the March legislative elections, the period before the presidential election was marked by intense political maneuvering by the regime and opposition, acrimonious and divisive rhetoric, protests, and largely civilian-on-civilian violence

The law prohibits all forms of human trafficking, including for the purposes of forced labor or slavery. The government did not effectively enforce the law. Penalties were criminal and commensurate with those for comparable crimes such as kidnapping but were seldom and inconsistently applied. The government did not provide enough resources or conduct enough inspections to enforce compliance. Forced and compulsory labor, including for children, continued to occur in small-scale and commercial production of agricultural products.

The law does not stipulate equal pay for equal work, and wage discrimination occurred.

While women in the public sector generally received the same pay and paid the same taxes as men, wage inequality remained common in the nonpublic formal sector and informal sector. Additionally, reports of a reticence to hire women persisted. While the law provides the same protections for migrant workers as it does for citizens, most faced discrimination in terms of wages and treatment.

Based on 2019 data, the government estimated 90 percent of the total labor force worked in the informal economy, in which labor standards were generally not enforced.